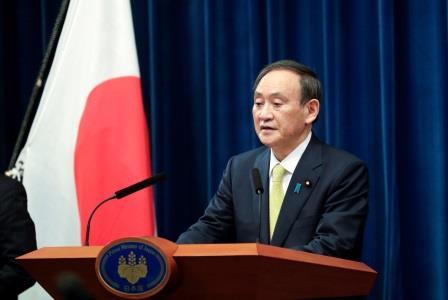 TOKYO (JAPAN) – Japan’s Ministry of Finance announced on Monday that the cabinet has given nod to unprecedented $1.03 trillion budget draft for the next financial year starting in April 2021. This comes as pandemic and stimulus spending puts pressure on already dire public finances.

Record military and welfare outlays gave a stimulus to the 106.6 trillion yen ($1.03 trillion) annual budget. It marked a 4% spike from this year’s initial level. This has been for nine straight years with new debt making up more than a third of revenue.

Policymakers from across the global have come out with a slew of monetary and fiscal stimulus to curb a deep and prolonged recession. This comes as the pandemic closed international borders and put many out of work.

Fiscal reform in Japan has been shelved as Prime Minister Yoshihide Suga gave priority to efforts to stem the pandemic and spur growth. This is in the wake of public debt which is more than twice the size of Japan’s $5 trillion economy.

“How to balance the coronavirus response with fiscal reform has hardly been debated in Japan,” said Izuru Kato, chief economist at Totan Research. “Ultra-low interest rates under the Bank of Japan’s prolonged monetary easing may have caused fiscal discipline to be paralysed.”

It will be brought out along with a third extra budget for this financial year as a combined 15-month budget targeted at seamless spending to ease the pandemic crisis and support PM’s goal of achieving carbon neutrality and digital transformation.

“We had to strike a right balance between the needs to prevent the spread of infections, revive the economy and achieve fiscal reform,” Finance Minister Taro Aso told reporters after a cabinet meeting.

“That was the most difficult task in compiling this budget.”

“The massive stimulus spending rolled out this fiscal year may raise worry about ‘fiscal cliff’, which could justify calls for more spending in the coming fiscal year,” said Koya Miyamae, senior economist at SMBC Nikko Securities.

This Taiwan designer creates haute couture out of trash