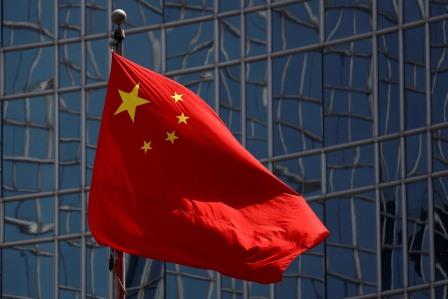 BEIJING (CHINA) -An aircraft carrier group led by China’s newest carrier, the Shandong, has sailed through the Taiwan Strait on its way to routine drills in the South China Sea, Beijing’s navy said on Monday, after Taiwan mobilised its forces to monitor the trip.

The Chinese navy stated on Monday that it sailed through the Taiwan Strait in its latest aircraft carrier the Shandong, as part of its military exercise in the South China Sea. The showdown comes at a time of heightened friction between Beijing and Taipei.

This is not the first time China has passed close to Taiwan. The drill occurred a day after a U.S. warship passed along the same waters. China’s military said that it followed the ship.

The Shandong, China’s second carrier which was formally commissioned a year ago, effortlessly sailed along with accompanying ships through the narrow Taiwan Strain on Sunday. It then headed to the South China Sea for exercises, a region where China has substantial disputed and territorial gains.

Beijing stated that it would continue to organise similar activities based on training requirements and that it was part of agreements made in line with annual plans.

The Shandong was accompanied by four frigates and had started from the northern Chinese port of Dalian on Thursday, said Taipei. According to Taiwan authorities, six warships and eight air force jets were sent to “stand guard” and watch the Chinese ships’ manoeuvres.

Shandong has successfully completed missions such as carrier-based aircraft take-off and landing and use of its ammunition, the Chinese navy said.

“The combat capability of the formation system has been continuously improved in experimental training,” it added.