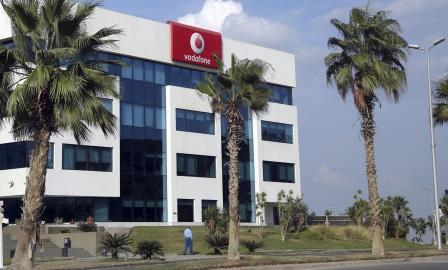 FILE PHOTO: The building of Vodafone Egypt Telecommunications Co is seen at the Smart Village in the outskirts of Cairo, Egypt, October 27, 2015. REUTERS/Asmaa Waguih/File Photo

LONDON (UK) – Vodafone announced on Monday it had put an end to discussions with Saudi Telecom Company regarding the $2.4 billion sale of its 55% shareholding in Vodafone Egypt. This follows a slew of missed deadlines to strike the deal.

The biggest telecoms operator in Saudi Arabia, STC had entered into a primary agreement in January with regard to the firm listed in London to buy the stake as it eyes growth in the most populous nation in the Arab world.

In September, Vodafone announced it was holding talks to strike the deal in the near future in spite of the expiry of the initial MoU.

STC had referred to pandemic-driven logistical obstacles to seek extension two times to the initial agreement in April and in July.

Vodafone Egypt has 44 million subscribers in the country and is the biggest mobile operator there. It also has a 40% market share.

“We believe that the Egyptian government is committed to an optimal framework for the telecoms sector, which will enable Vodafone Egypt to deliver on the country’s vision of digitisation and financial inclusion and create a technology hub to support our growth in the African region,” Vodafone Group CEO Nick Read said in a statement.