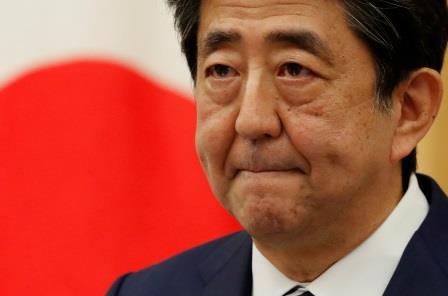 TOKYO (JAPAN) -Former Japanese Prime Minister Shinzo Abe submitted to voluntary questioning by Tokyo prosecutors on Monday in a case against his secretary over illegal use of funds, reported public broadcaster NHK.

Abe, who had stepped down in September due to ill health, is under fire over suspicion that his office helped cover shortfalls in the cost of dinner parties organized for supporters. Though Abe had denied the allegation when questioned in parliament last year, he was asked to voluntarily appear for questioning about the issue by the prosecutors.

State prosecutors have been building a case against his state-paid secretary over failing to record details of funds used for hosting the dinner parties. The domestic media reported that as much as 40 million yen ($386,922) was not declared in political funds.

Tokyo prosecutors said they do not comment on investigations.

‘Glamping’ at airport is new travel plan in Singapore

'Glamping' at airport is new travel plan in Singapore