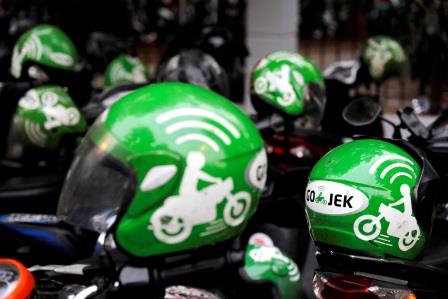 SINGAPORE/HONG KONG: More than a dozen special purpose acquisition companies, or SPACs, are eyeing fast-growing technology companies that are ready to go public.

SPACs are exchange-listed shell companies that raise funds through initial public offerings (IPOs) and merge with companies by wooing them with shorter listing timelines. They have raised a record total of more than $70 billion in the US this year. This makes them one of the most attractive Wall Street investment trends of 2020.

Bankers, lawyers and investors dealing with capital raisings and mergers said a large number of IPO-ready tech unicorns in Asia are likely to rev up action.

“These days, not a single conversation goes by in Asia when SPACs are not discussed. Southeast Asia is a focus market given the number of high-growth tech-enabled companies,” said Sarab Bhutani, head of Southeast Asia investment banking at Nomura.

Ride-hailing and food delivery behemoths Grab and Gojek and e-commerce firm Bukalapak have all either been approached or are targets for SPACs, they said.

According to Traveloka, which operates Southeast Asia’s largest online travel app, it would go public soon and was mulling a merger with a SPAC as an option.

SoftBank Group Corp’s Vision Fund is also looking to raise $525 million through such a structure.

“The IPO market is much bigger in Asia and the pipeline is very strong but we will continue to see SPACs coming out next year,” said Alex Ibrahim, head of international capital markets at New York Stock Exchange