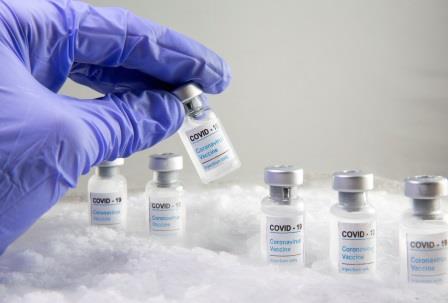 KUALA LUMPUR (MALAYSIA) The Southeast Asian nation says it has enough vaccines to inoculate 40% of its 32 million population and that it was in talks with Pfizer and other companies to secure more COVID-19 vaccine doses to cover 83% of its population. The administration has promised to spend $500 million to buy enough vaccines and that it is preparing plans to arrange ultra-cold storage in its tropical heat.

The government, which has struck a deal to buy 12.8 million doses of U.S Pfizer-BioNTech’s shot, said it was in discussion for an option to buy more doses to cover another fifth of the population. It is also in final talks to secure a total of 23.9 million doses from Chinese manufacturers Sinovac Biotech Ltd and CanSino Biologics, and from Russia’s Gamaleya Institute, the maker of the Sputnik V vaccine, Science Minister Khairy Jamaluddin said. The Minister added that it will secure additional AstraZeneca vaccines under the global COVAX facility, and has begun talks with Moderna and Johnson & Johnson.

Malaysia being a tropical region where temperatures average 30 degrees Celsius year-round, wants to ensure a distribution network that does not need to store vaccines for long, Khairy said. “Once the Pfizer vaccines come in, we are hoping that it will be a just-in-time roll out of vaccination,” he said.

The minister went on to say that Malaysian’s vaccine supply committee is in the process of identifying ultra-cold storage facilities and aims to stagger distribution to ensure coverage in remote regions, ahead of the arrival of Pfizer’s first shipment in February.

Pfizer’s vaccines need to be stored and transported at minus 70 degrees Celsius (-94F), although they can be kept in a fridge for up to five days, or up to 15 days in a thermal shipping box.

Some Asian countries have expressed reservations about the Pfizer vaccine due to tropical heat, remote island communities and a lack of ultra-cold freezers.