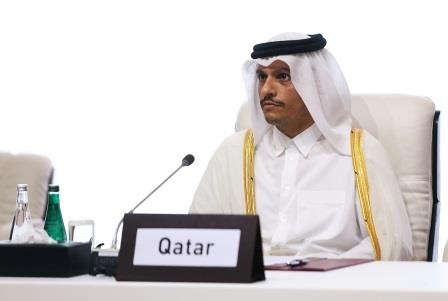 DUBAI (UAE)- Qatar’s Foreign Minister Sheikh Mohammed bin Abdulrahman Al-Thani has called for a de-escalation of tension in the Gulf region and for dialogue between Arab countries and Iran. He stated that the Gulf crisis should be resolved by dialogue, respect for sovereignty and non-interference in the internal affairs of states.

Al-Thani also told media that talks to resolve the crisis were under way, with Saudi Arabia representing the other parties to the dispute. Riyadh informed that a solution was within reach this month.