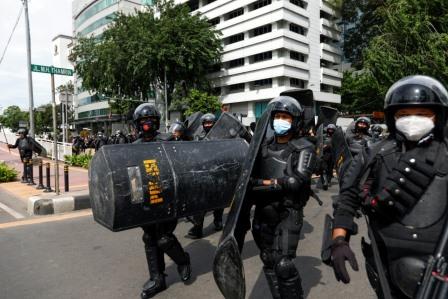 JAKARTA (INDONESIA) – As part of a state probe into violence this year in an area plagued by separatist conflict, Indonesia’s military on Wednesday named nine soldiers as suspects in the killing of two civilians in the country’s Papua region in April.

As part of a fact-finding mission that started in October into several incidents that took place in the Intan Jaya district, including the gunning down of a Christian pastor in September, the military is conducting an internal probe.

According to the military, the suspects incinerated their bodies and scattered their ashes in a river.

The easternmost region of the archipelago nation, West Papua, has been witnessing separatist conflict since the former Dutch colony was merged with Indonesia, following a controversial United Nations plebiscite in 1969.

If found guilty, the suspects face a maximum of 12 years imprisonment, Dodik said.

Usman Hamid, director of Amnesty International Indonesia, said the confession was rare, although he expressed doubts about its sincerity and transparency.

A military spokesman in Papua, Colonel Gusti Nyoman Suriastawa, said there was “no tolerance for soldiers who commit these violations”.

In September, a Christian pastor, Yeremia Zanambani, was gunned down in the same region. However, the military has denied allegations by church groups that soldiers were behind the crime.

In October, Mahfud MD, the nation’s chief security minister, said troops or a “a third party” may have been involved in the incident.