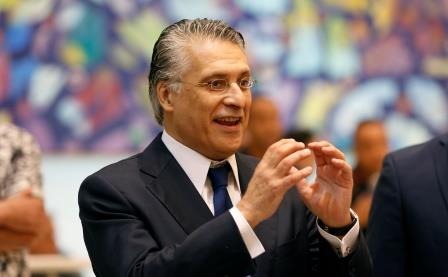 TUNIS (TUNISIA) – A Tunisian court on Thursday ordered that media mogul Nabil Karoui be detained based on charges of financial corruption, said a judicial spokesman.
The leader of the Heart of Tunisia party, which is the second-largest party in parliament, Karoui had run for president earlier. His party is one of three that support the technocratic government.
According to TAP state news agency, the magnate faces charges of tax evasion and money laundering.
He was arrested in August 2019 but released a few months later on Oct. 9 although the probe continued.
Last year, Karoui said he was innocent and that opponents, specifically the Islamist Ennahda Party, were behind his incarceration. He is now an Ennahda ally in parliament.