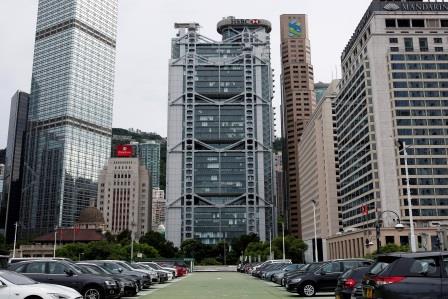 HONG KONG – Hong Kong’s new online-only banks are gearing up to venture into business lending and wealth management. They are on a look out for more lucrative avenues beyond basic savings accounts and transfer services, senior executives said.

Eight such banks started this year and as of November had taken more than $1 billion in deposits and attracted nearly 300,000 customers.

Asian market are keeping a close eye on these banks, when it comes to taking significant share from Hong Kong stalwarts such as HSBC and Standard Chartered and become profitable.

ZA Bank, operated by a unit of ZhongAn Online P&C Insurance Co Ltd aims to branch out beyond personal loans to lend to small and medium-sized firms next year as larger loans are more profitable.By setting a goal to break even in five years, they will also offer insurance and investment services to retail customers.

“I’ve got four years to go, and personal loans by itself simply won’t fly because the market is only so big,” Chief Executive Rockson Hsu of ZA Bank said.

Mox Bank, which is backed by firms such as Standard Chartered and local telecoms firm PCCW, says it plans to add credit card, personal loans and wealth management services by mid-2022.

He added that the city’s current IPO boom, which has seen companies raise more than $50 billion this year, is likely to spur continued demand for investment advice and fees.

The new banks are certain that they can woo customers with better interest rates on savings and loans – which they are able to offer in the absence of costly branch networks. They also have to their advantage more user-friendly customer apps developed by their backers.

One such example is the Livi Bank, which plans to offer personal lending and wealth management services next year. Its mobile app has been partly developed by shareholder JD Digits, the fintech unit of China’s JD.Com, said CEO David Sun.

The bank has also become a partner in a loyalty programme that will offer its customers cashbacks and points and which is operated by retail and restaurant chain Dairy Farm, a unit of Jardine Matheson Group, another Livi shareholder.

With such changes, traditional banks have stepped up their game by cutting down fees and investing heavily in upgrading and launching new digital platforms. HSBC has said it will spend $5.8 billion on technology globally this year, while this month Citi launched new digital-only banking services in Hong Kong.

While in Britain and Australia, new digital banks have been launched with mixed success. New banks in Asia tend to have the backing of major firms, leading to improved prospects. Singapore issued four digital banking licences this month and Malaysia is set to take applications next year.