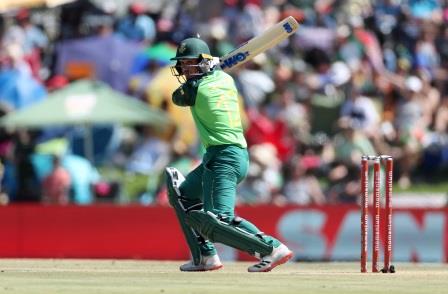 PRETORIA (SOUTH AFRICA) – South Africa is all set to make an entry in the test arena after a gap of 11 months as they lock horns with Sri Lanka in the first of a two-test series at Centurion Park.
The team lost eight out of nine tests, a run that originated in February 2019 with a humiliating 2-0 defeat by Sri Lanka on home turf.
They have slid to number six in the world while Sri Lanka are in fifth position.
“We’ve got a young team,” captain Quinton de Kock said. “We need our younger guys to come through and learn fast so we can have a structured team.
“That’s what I would hope for from this season, for the new guys to come in and start scoring runs and putting up their hands.”
The first test will miss the presence of key fast bowler Kagiso Rabada, who is suffering from a groin problem. However, both the matches will be played on fast, bouncy Highveld pitches.