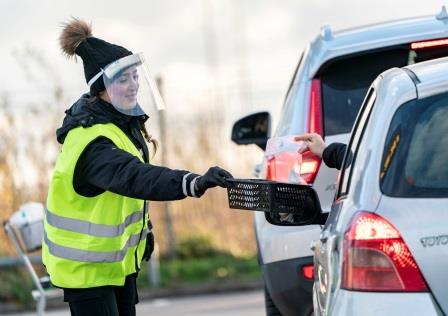 FILE PHOTO: A person waring a protective mask collects coronavirus self tests from people in cars at a testing site in the car park of Svagertorp railway station, amid the coronavirus disease (COVID-19) outbreak, in Malmo, Sweden, November 27, 2020. TT News Agency/Johan Nilsson via REUTERS

STOCKHOLM (UK) – The new variant of the coronavirus circulating in Britain has been detected in Sweden after a traveller from Britain tested positive on arrival, the Swedish Health Agency said on Saturday.

Health Agency official Sara Byfors told a news conference the traveller, who was not identified, had kept isolated after arrival to Sweden and that no further positive cases had so far been detected.

Sweden imposed travel restrictions earlier this month on passengers from Britain amid concerns over the variant. Similar measures have been taken by several other countries in the EU and across the world.