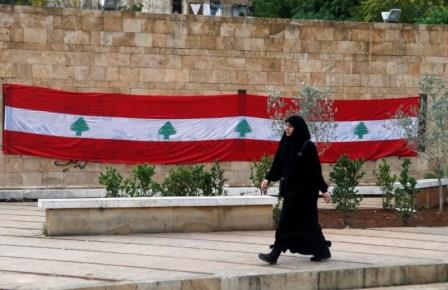 A woman walks past a Lebanese flag in Beirut, Lebanon, November 21, 2017. REUTERS/Mohamed Azakir

BEIRUT (LEBANON) – Hundreds of Syrian refugees fled their makeshift camp in north Lebanon when their tents were set on fire, after a brawl broke out between local youths and camp residents, aid officials said on Sunday.

At least three were injured in the incident on Dec.26 in the Miniyeh region near the coastal city of Tripoli, which was followed by angry youths setting the campsite on fire.

The country has seen a mounting tensions between refugees and residents in the last years that humanitarian workers and politicians says are fueled by both racism and anger by Lebanese hit by a financial crisis who blame refugees for taking their jobs.