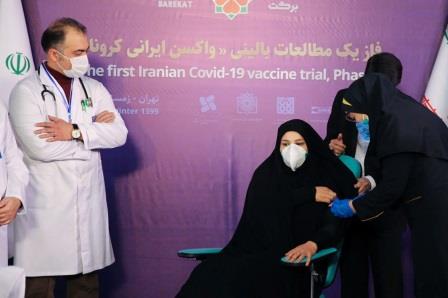 DUBAI (UAE) – Iran, on Tuesday, launched the human trials of its first domestic COVID-19 vaccine, reported the state media reported. Despite U.S. sanctions interfering with its ability to import vaccines, Tehran says the domestic vaccine could help it defeat the pandemic.

Setad, a giant state-affiliated conglomerate controlled by Iran’s supreme leader, said production of the vaccine developed by one of its companies, Shifa Pharmed, could reach 12 million doses per month, six months after a successful trial ends.

In an effort to bolster public confidence in the vaccine, the first volunteers to take the vaccine were officials of the conglomerate and the daughter of its head.

“The message of this act was that we do not see ourselves apart from the people, and we brought our family first to test this vaccine,” Health Minister Saeed Namaki said.

Iran’s Red Crescent Society has said that, it was planning to import a Chinese vaccine.