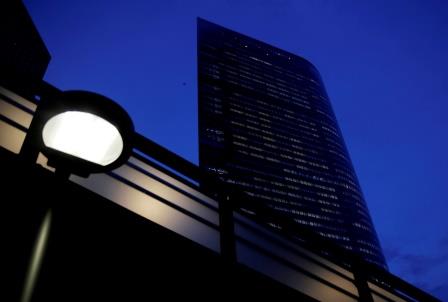 TOKYO (Japan) – The Japanese government has awarded more than 100 contracts over the last decade to two non-profit groups set up by Dentsu Inc, according to a Reuters analysis of government data, in arrangements that some opposition lawmakers say obscured the role of the advertising giant in winning public funds.

The contracts, which ranged from administering tourism-promotion projects to distributing coronavirus relief funds, were worth at least $1.6 billion, according to  public disclosures by  government ministries and data provided by those ministries to Japan’s parliament, seen by Reuters, which has not previously been reported.

Dentsu Inc received at least $1.2 billion of that amount as a subcontractor to the two non-profit groups, according to government records, and many of the contracts were awarded in non-competitive bids.

Dentsu’s use of non-profit groups to win public contracts first came to light in May, when local media reported that the advertising company had used one of the two non-profits, called Service Design Engineering Council, to win a government contract worth $700 million to distribute more than $20  billion  in state aid to businesses hit financially by the new coronavirus.

Opposition lawmakers have protested against the government’s award of the coronavirus aid contract to the non-profit.

At issue is whether Dentsu used non-profit groups to prevent scrutiny of its involvement in lucrative government contracts and whether the additional layer of bureaucracy caused by subcontracting work to Dentsu was a waste of taxpayers’ money.

In response to Reuters’ questions, Dentsu said it was a “co-founding member” of the two non-profits. It declined to comment on the number or value of contracts the non-profits won.

A Dentsu spokesman said the non-profit group Dentsu used to win the coronavirus aid contract was the most appropriate way to bid for the project under rules established by Japan’s Ministry of Economy, Trade and Industry (METI), which awarded the contract. Dentsu said it could not bid for the project directly because its accounting department determined its balance sheet would be adversely impacted.

Officials representing METI, which awarded the vast majority of the contracts won by the two non-profits, said in response to Reuters’ questions there was no problem giving projects to non-profits as long as the bidding process was legitimate. In response to the outcry over the coronavirus relief contract, METI conducted a review of its procurement practices. On Friday the ministry announced reforms, including steps to make its dealings with bidders more transparent.

Dentsu halted new bids on METI projects while the review was being conducted. On Monday, following METI’s announcement of its reforms, Dentsu told Reuters it will adhere to new standards set forward in the ministry’s review.

“They said they wanted to do it this way with the people they have relationships with, so we didn’t really question it at the time,” Takakura said.

Hiroshi Arikawa, a former official at Japan’s Board of Audit, an independent body that reviews government spending, said the Dentsu arrangement  meant an additional layer of cost for taxpayers. He said the structure also shielded  Dentsu  from the board’s inspections as the company was not a direct recipient of the contract but a subcontractor.

Suga’s office did not respond to requests for comment.

Dentsu  stepped up its involvement in Japanese government contracts a decade ago, after the global financial crisis, as it looked to expand its public sector business and offset slow growth in its traditional advertising and media businesses, according to a former Dentsu official.

Rules introduced by Japan in 2006 allowed non-profits to be established by as few as two people with minimal disclosure. These entities could then bid for government contracts.

Once a Dentsu-affiliated non-profit won a contract, it then subcontracted work to Dentsu in the majority of cases, public government records show.

Dentsu co-founded Service Design in 2016. Since then, the organisation has been the sole bidder on eight of the 14 projects it was awarded, according to METI, winning contracts worth at least $812 million in total.

Service Design’s first project was to set up a programme designed to establish Michelin-like ratings for hospitality businesses such as restaurants and hotels in Japan ahead of the 2020 Tokyo Olympics. Service Design handed management of the programme to Dentsu, which held meetings at its own headquarters and dispatched Dentsu employees to run the scheme, five people involved told Reuters.

Alongside Service Design, Dentsu also won contracts through a second non-profit group called the Sustainable Open Innovation Initiative (SII), which is run by Satoshi Tanaka, a former Dentsu employee. It shares its Tokyo office building with one of the ad agency’s subsidiaries.

According to government procurement records, SII has received at least $837 million for administering 89  government contracts  since 2011. It was the sole bidder for most of those, according to data provided to lawmakers by METI officials, seen by Reuters. SII outsourced about three quarters of the work for the contracts awarded by METI, with the bulk of that work going to  Dentsu, according to ministry data from 2015 onwards.

In an email to Reuters, SII’s Tanaka declined to comment on the value of contracts SII won and how much of the work was subcontracted to Dentsu.

METI advises companies it awards contracts to not to outsource more than half of the work to third parties, in order to encourage transparency and efficiency in government procurement, but it allows exceptions in the case of large-scale projects or ones that need technical support.

Opposition lawmakers have called on Japan’s Board of Audit to investigate how the two non-profits subcontracted work to Dentsu. The board will not rule on whether it will take up that request before the end of the fiscal year on March 31, its spokesman said. The board’s investigations often take more than a year, ending in recommendations for government entities on how to improve their practices.