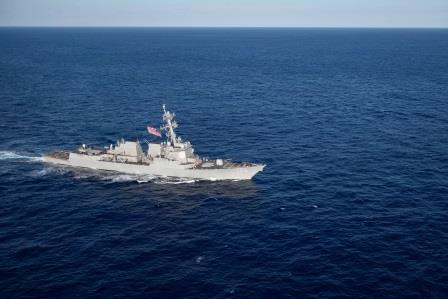 BEIJING (CHINA) – China has rejected Taiwan’s offer for talks, stating the Taiwanese government was engaging in a “cheap trick” and provocation by seeking confrontation with China at every turn.

Taiwan is ready to have “meaningful” talks with China as equals as long as they are willing to put aside confrontation, President Tsai Ing-wen said on Friday, in her New Year’s speech.

China views the democratic and self-governed island as its own territory, and cut off a formal talks mechanism in 2016 after Tsai was first elected, viewing her as a separatist bent on a formal declaration of independence.

In a statement late on Friday, China’s Taiwan Affairs Office said there was no way of changing the reality that the island was part of China, and the refusal of Taiwan’s government to accept that was the root cause of present tensions.

Since 2016, Taiwan’s ruling Democratic Progressive Party (DPP) “has continued to provoke by seeking independence, confronting the mainland at every turn, deliberately creating confrontation across the Taiwan Strait”, it said.

“They again talked about so-called ‘dialogue,’ but where can that come from?” the office added. “We urge the DPP authorities to stop it with these cheap tricks that dupe people.”

Tsai, re-elected by a landslide last year on a pledge to stand up to China and defend Taiwan’s democracy and security, has repeatedly said Taiwan is already an independent country called the Republic of China, its formal name.

Tensions have risen in recent months with China ramping up its military activities near the island, including on occasion flying fighter jets across the median line of the narrow Taiwan Strait, which usually serves as an unofficial buffer.

China says it is responding to “collusion” between Washington and Taipei, angered at growing U.S. support for the island. Beijing views this as a precursor to Taiwan declaring formal independence, a red line for China.