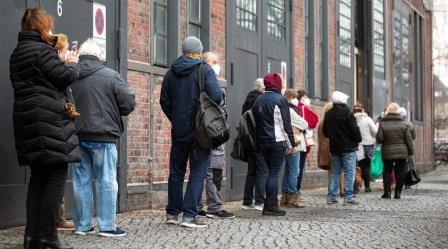 BERLIN (GERMANY) – In an effort to bring coronavirus infections under control the German government and the country’s 16 federal states have agreed to extend a strict lockdown until Jan. 31.

Chancellor Angela Merkel and the state premiers are scheduled on Tuesday to discuss a possible extension of the lockdown beyond Jan. 10. Some, including Bavaria’s premier Markus Soeder, have already spoken in favour of an extension.

The number of confirmed coronavirus cases in Germany, which has a total population of around 83 million, increased by 9,847 to 1.76 million in a day, data from the Robert Koch Institute (RKI) for infectious diseases showed on Monday. The reported death toll rose by 302 to 34,574.

The situation in Germany’s hospitals has become “extremely difficult”, a government spokesman told a news conference on Monday.

The federal states will take the decision on when and how schools will reopen, the education ministers agreed on Monday.

They recommend a three-step procedure, which would see the first six grades return first, flexible teaching times for pupils from the seventh grade in a second step and a broad return to classrooms in a third step.

Like other European Union countries, Germany started vaccinating its population against COVID-19 in late December, but officials and media have expressed frustration with the slow rate of progress.

Only 265,986 people had received a first shot by Monday, according to the RKI. This compares with more than a million people in Britain, which approved the vaccine developed by Pfizer and Germany’s BioNTech earlier than the EU and also began innoculating with Oxford University and Astrazeneca’s vaccine on Monday.