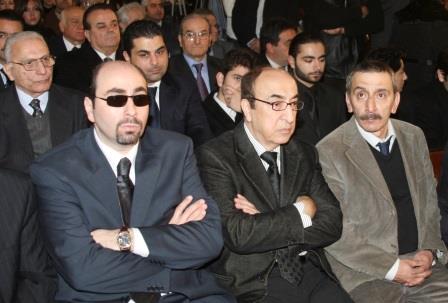 BEIRUT (Lebanon) – Elias Rahbani, the youngest brother of celebrated musicians Mansour and Assi Rahbani, died on Monday at the age of 83. Together they were known as the Rahbani brothers.

He also penned songs for Lebanon’s most revered singer Fairouz among many others. Fairouz’s songs, written by the Rahbanis, were listened to across religious and factional divides throughout Lebanon’s 1975-1990 civil war and they continue to transcend divisions in Lebanon and beyond.

“Another branch from the Rahbani tree falls after a journey full of refined music production,” Prime Minister-designate Saad al Hariri wrote on Twitter.

The Rahbanis’ music and lyrics have drawn admiration from across the Arab world.

In a career spanning almost six decades, Elias Rahbani wrote music for many famous Lebanese singers including the late Wadih al-Safi and Sabah.

“Your departure takes with it a large part of the romanticism of our wounded country,” Lebanese singer Ragheb Alama said.

The cause of Rahbani’s death has not yet been announced.