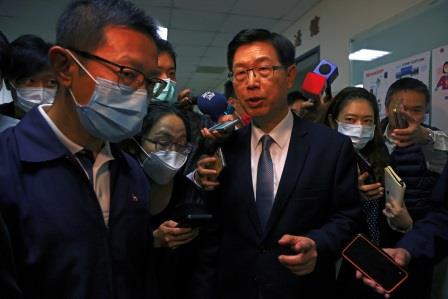 BEIJING (CHINA) – The Nanjing Economic and Technological Development Zone along with Apple assembler Foxconn have agreed to start building electric sport-utility vehicles for cash-strapped Chinese startup Byton in 2022, Foxconn said in a statement on Monday.

Young Liu, chairman of Foxconn, said that the partnership with Byton will be a key part in Foxconn’s strategy in the electric vehicle (EV) industry.

Foxconn’s deal with Byton, its most solid foray into the auto sector, amplifies the threat to the established automobile indsutry that technology companies such as Apple and other non-traditional players could use contract assemblers as a shortcut to competing in the vehicle market.

By lowering manufacturing and the associated capital costs as a barrier to entry, contract assemblers could enable technology companies to focus on software and digital connectivity features that will define automotive competition in the coming years.

Foxconn said in October it aimed to provide components or services to 10% of the world’s EVs by between 2025 and 2027.

Byton which was launched in September 2017 by Future Mobility Corp, is backed by state-owned automaker FAW Group and battery supplier Contemporary Amperex Technology Co Ltd, was building a car factory in the eastern city of Nanjing before it suspended production from July to conduct a reorganisation of the firm.