Indonesia must ensure cleric is not a threat after release – Australia 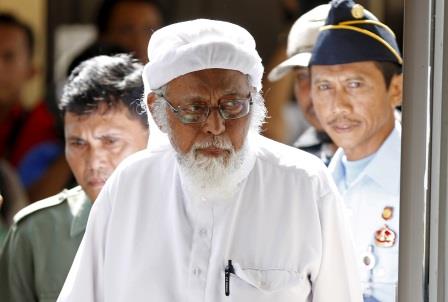 CANBERRA (AUSTRALIA) – As Indonesia released the radical cleric Abu Bakar Bashir who was jailed in 2011, suspected to be the mastermind of the 2002 Bali bombings, Australian Minister for Foreign Affairs Marise Payne pointed out that the country must ensure that he does not incite more violence after his release.

Abu Bakar Bashir was jailed for links to militant training camps in the Indonesian province of Aceh. He is considered the spiritual leader of the al Qaeda-linked Jemaah Islamiah (JI) network, which was accused of orchestrating the bombings of nightclubs on the holiday island of Bali.

“Our embassy in Jakarta has made clear our concerns that such individuals be prevented from further inciting others to carry out future attacks against innocent civilians,” Payne said in a statement.

The Bali bombings killed more than 200 people, out of which many were Australians. JI operatives were also accused of organising an attack on the J.W. Marriott hotel in Jakarta that killed 12 people in 2003.

While Bashir, 82, denied any involvement in the Bali bombings, a senior JI operative was believed to have made bombs for both attacks.

Japan’s move for an emergency termed ‘too little, too late’

Japan's move for an emergency termed 'too little, too late'