Japan’s move for an emergency termed ‘too little, too late’ 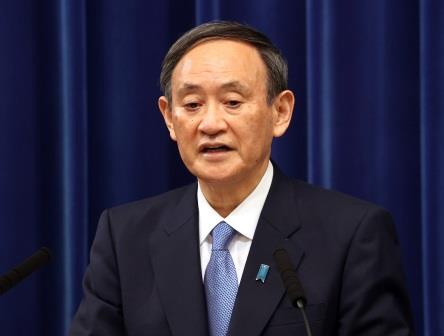 TOKYO (JAPAN) – While the Japanese government’s decision to impose an emergency in and around Tokyo will be made this week, the public has termed this move as too little, too late, especially since the nation is preparing to host the Olympics.

Chief cabinet secretary Katsunobu Kato told a news conference the government will make a decision on Thursday. State media reported on Monday that preparations were being made for a state of emergency that would take effect by Friday and last about a month.

Tokyo and the three surrounding prefectures, which have requested an emergency declaration, asked residents to refrain from non-essential, non-urgent outings after 8 p.m. from Friday until at least the end of the month, and said restaurants must close by that time.

However, with the government looking to keep economic damage to a minimum, measures are likely to be far less stringent than they were during last year’s roughly month-long state of emergency, during which schools and none-essential businesses shut down.

Senior ruling party lawmaker Hiroshige Seko said later on Tuesday the government should declare the state of emergency for a month and later extend it if needed.

Prime Minister Yoshihide Suga said on Monday that “limited, concentrated measures” would be most effective, but details remained unclear, including whether sports venues, theatres and cinemas would close.

Citizens spilled their frustration on social media regarding the new measures, especially as the country is still planning to host the Olympics which set to open in under 200 days.

“Do you really think you can extinguish a fire by leaving it until it’s big and then just splashing it with water from a bucket?” wrote user Kei Koike.

Suga has been drawing criticism since his term commenced, which included him attending a group steak dinner to his initial reluctance to pause a travel subsidy programme. Though he has pledged to have enough vaccine supply for the nation’s population of 126 million, Japan has yet to approve any for use and aims to begin inoculations by the end of February.

Pfizer Inc last month became the first drugmaker to apply for Japanese approval of its COVID-19 vaccine candidate. Japan has arranged to buy 120 million doses, or enough to inoculate 60 million people. However, it remains unclear when the vaccines will be available as Pfizer has encountered production and roll-out snags in other parts of the world where its vaccine has already been approved for use.

Indonesia must ensure cleric is not a threat after release – Australia