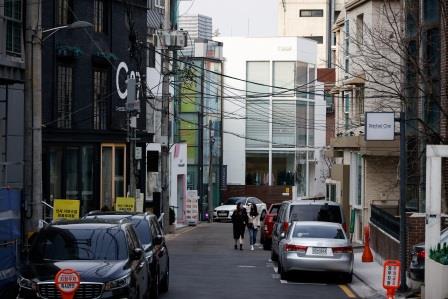 For weeks, gyms have been among the venues forced to close under the rules, although Taekwondo and ballet classes have been allowed to continue under certain limits.

That is an unfair double standard, and is hitting gyms right when they usually sign up the most new customers, said Kim Jae-kang, who said he planned to soon reopen his fitness and pilates centre in Seoul. Operators and patrons who flout the rules can face up to 3 million won ($2,760) in fines.

“For the fitness industry, January is the peak season to draw gym members, who decide to start working out from the new year,” Kim said.

“Those who come to work out actually do care about their health, so they never take their masks off,” said Oh, who estimated that his was among as many as 300 gyms that have or planned to reopen, with many others holding secret training for customers.

The Korea Disease Control and Prevention Agency (KDCA) reported 28 new deaths and 715 new cases, for a total of 1,007 deaths and 64,979 cases overall.

President Moon Jae-in told a cabinet meeting that the country’s top goal was to make it out of the “long tunnel of coronavirus” and said the daily numbers appeared to have peaked thanks to residents.

“This year, we will surely overcome the COVID-19 quickly to recover the everyday lives the people have lost,” he said.

The government has said it is avoiding imposing the highest level of lockdown, which would impose a blanket ban on restaurants and other businesses that can currently still operate with some restrictions, in order to avoid economic damage.

Officials have blamed businesses that flout social distancing rules for helping to fuel the wave.

KDCA director Jeong Eun-kyeong said on Monday that authorities are aware of the issue of fairness in the case of gyms but said the ban had been based on the difficulty of wearing masks during workouts.

She said the authorities were in talks to revise the guidelines and make the social distancing rules more sustainable.