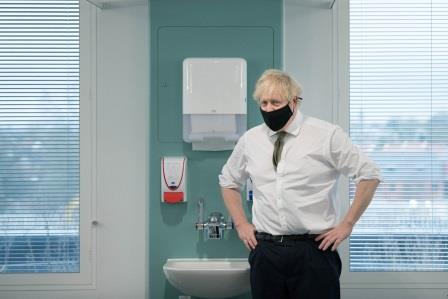 LONDON (UK) – Citing the need to oversee the pandemic response in his country British Prime Minister Boris Johnson cancelled a planned trip to India which was slated for this month.

“The prime minister spoke to Prime Minister Narendra Modi this morning, to express his regret that he will be unable to visit India later this month as planned,” a Downing Street spokeswoman said.

“In light of the national lockdown announced last night, and the speed at which the new coronavirus variant is spreading, the prime minister said that it was important for him to remain in the UK so he can focus on the domestic response to the virus.”