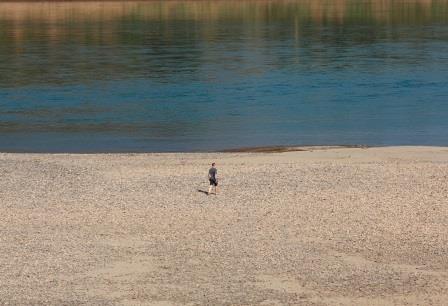 BANGKOK (CHINA) – After a U.S.-backed monitoring system said China had failed to notify downstream countries of water restrictions that started on Dec. 31. China notified downstream neighbours that it is holding back the Mekong River flow at a hydropower dam on the waterway’s upper reaches for 20 days.

China agreed last October to share water data with the Mekong River Commission (MRC), an advisory body to Thailand, Laos, Cambodia and Vietnam that had long sought the information for planning.

Their statement said the hold up was as part of maintenance of transmission lines.

More than 60 million people in those countries depend on the river for fishing and farming.

The MRC said it received notification the same day, though it first detected water levels dropping on Dec. 31. The level would likely drop by about 1.2 metres and river navigation and fishing could be affected, it said.

The MRC said though the Chinese notification assured the flow “will be gradually restored to its normal operation status on January 25”, they have not specified an exact volume rate.

The new Mekong Dam Monitor on its Facebook page on Tuesday said China had not notified neighbors when the Jinghong dam starting restricting waters on Dec. 31, “causing a sudden 1 metre drop in river level” downstream that could devastate the fish population.

The monitor uses cloud-piercing satellites to track levels at 11 upstream dams in China and those in other countries. Partly-funded by the U.S. State Department, it started operations last month, adding to the China-U.S. superpower rivalry in Southeast Asia.