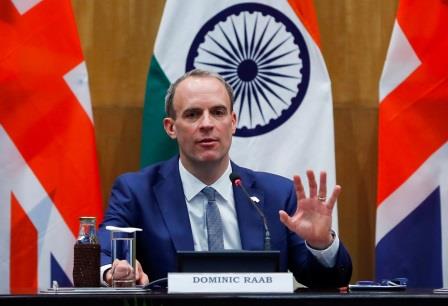 LONDON (UK) – Britain on Wednesday reproached China for the mass arrest of politicians and activists in Hong Kong which it said was a grievous attack on the rights of the former colony.

“The mass arrest of politicians and activists in Hong Kong is a grievous attack on Hong Kong’s rights and freedoms as protected under the Joint Declaration,” Foreign Secretary Dominic Raab said.

“These arrests demonstrate that the Hong Kong and Chinese authorities deliberately misled the world about the true purpose of the National Security Law, which is being used to crush dissent and opposing political views.”