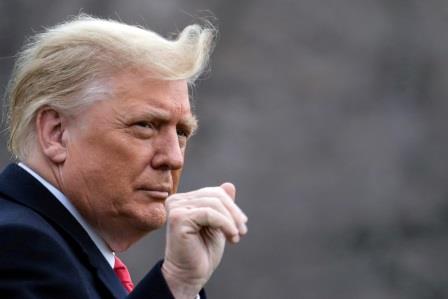 WASHINGTON (US) – In a bid to deprive Iran of revenues, the United States on Tuesday blacklisted 12 Iranian steel and metals makers and three foreign-based sales agents of an Iranian metals and mining holding company, as U.S. President Donald Trump’s term winds down. Along with the Iranian companies, a Chinese company that makes elements for steel production was also blacklisted.

In a statement the U.S. Treasury Department, named the China-based company as Kaifeng Pingmei New Carbon Materials Technology Co Ltd. (KFCC), saying it specialized in the manufacture of carbon materials and shipped thousands of metric tonnes of materials to Iranian steel firms between December 2019 and June 2020. According to filings the company is owned by Henan Yicheng New Energy, which said it was unaware of the situation.

Shares in Yicheng, which is controlled by China’s Henan province, fell as much as 6.7% to a two-week low on Wednesday. When Yicheng bought KFCC in 2019, about half of KFCC’s core business comprised of exports to Southeast Asia, the Middle East and Europe.

Out of the 12 Iranian companies that are blacklisted, Pasargad Steel Complex and the Gilan Steel Complex Co were designated under Executive Order 13871 for operating in the Iranian steel sector.