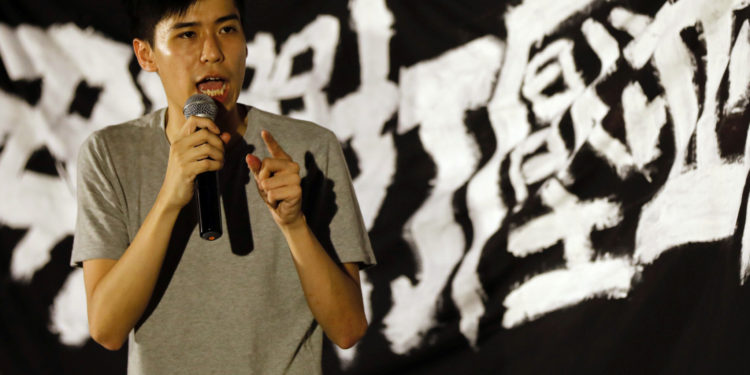 HONG KONG – One of Hong Kong’s most prominent democracy activists Joshua Wong, who is serving a 13-1/2-month jail sentence for illegal assembly, is suspected of violating the city’s national security law, according to a notice on his Facebook account.

The social media post, without going into details, said Wong, 24, gave a police statement on Thursday.

In the biggest crackdown since China last year imposed a security law, police arrested 53 people after an early morning raid on democracy activists on Wednesday.

The arrests were related to an unofficial vote to pick opposition candidates for an election last year, which authorities said was part of a “subversive” plan to “overthrow” the government.

Wong, had won the primary vote, but has been repeatedly detained for his role in organising pro-democracy rallies. He was also among 12 opposition candidates disqualified from running in the legislative election. The elections have been postponed since then due to COVID.

The arrests have raised alarm that Hong Kong has taken a swift authoritarian turn following the imposition of the new law, which targets what China broadly defines as secession, subversion, terrorism or collusion with foreign forces.

U.S. Secretary of State Mike Pompeo said the United States was considering sanctions and other restrictions on those involved in the arrests.

In response, China said the United States will pay a “heavy price” for its wrongdoing.