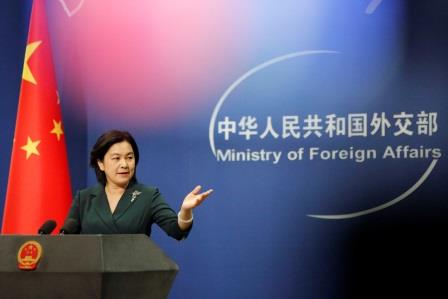 BEIJING (CHINA) – After U.S. Secretary of State Mike Pompeo announced that it may sanction those involved in Hong Kong arrests and that the U.S.’ U.N. ambassador would visit Taiwan, Hua Chunying, Chinese Foreign Ministry spokeswoman has urged the United States to immediately stop interfering in China’s internal affairs.

China went onto warn US, on Thursday, that it will pay a “heavy price” for its wrongdoing.