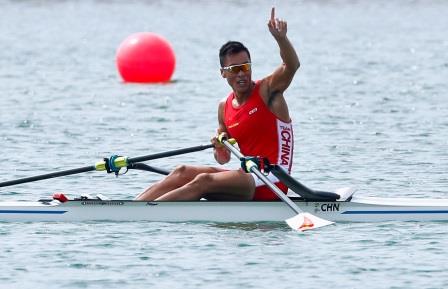 BEIJING (CHINA) – Olympic athletes from China are undergoing special preparation for this year’s Tokyo Games, they are simulating the kind of atmosphere they might experience in Japan.

The Chinese gymnasts, however, going the extra mile when it comes to preparation, said Miao Zhongyi, director of the Gymnastics Management Centre of General Administration of Sport of China.

“All the athletes will also need to live and compete in a strict epidemic prevention and control environment during the Tokyo Olympics, so if they can get used to such an environment, they will get a psychological edge on the Olympic arena,” said Miao.

China’s rowing and canoeing teams are training at the Qiandao Lake in east China’s Zhejiang province.

“We have the Olympic Games and the World Championships in Shanghai this year. We have a tight schedule, which requires us to make full use of every day of winter training to set a solid start of the year.”