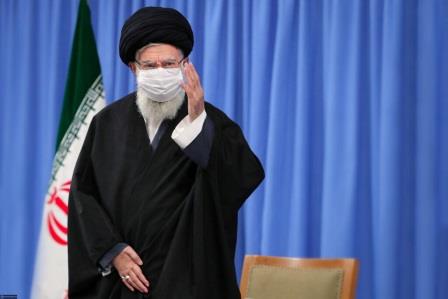 DUBAI (UAE) -Iran’s Supreme Leader Ayatollah Ali Khamenei said on Friday that sanctions on the Islamic Republic must be lifted immediately and added that the United States needn’t rush to rejoin the 2015 nuclear deal.

“We are not insisting nor in a hurry for the U.S. to return to the deal,” Khamenei said in live televised remarks. “But what is logical is our demand, is the lifting of the sanctions. These brutal sanctions must be lifted immediately.”

Iran and US has been seeing growing tension between the nations since 2018 when U.S. President Donald Trump exited the deal between Iran and six world powers and reimposed sanctions that ended up crippling Iran’s economy.

In retaliation, Tehran started gradually violating the accord.

Earlier this week Iran said it had resumed 20% uranium enrichment at its Fordow underground nuclear facility. This has complicated efforts by U.S. President-elect Joe Biden to rejoin the deal.

The U.N. nuclear watchdog confirmed that Iran had started the process of enriching uranium to 20% purity.

Tehran says it can quickly reverse its breaches if U.S. sanctions are removed. Biden, who takes office on Jan. 20, has said the United States will rejoin the deal “if Iran resumes strict compliance” with the pact.