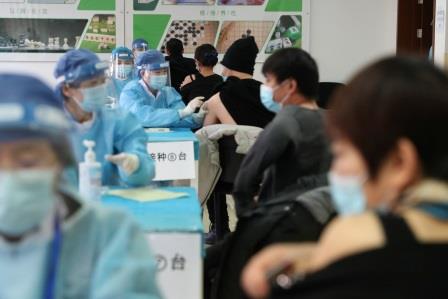 Hebei province had gone into a wartime mode this week as it tried to curb new cluster of COVID cases. The Health Commission said in a statement that 14 of the 17 locally transmitted infections were in Hebei.

Shijiazhuang, Hebei’s capital, announced on Saturday it would suspend service on its subway. Authorities had also banned people from leaving the city earlier this week.

Shijiazhuang is launching mass testing across its population of 11 million. On Jan. 8, municipal authorities told residents they must stay home for at least seven days even after they complete a nucleic acid test.