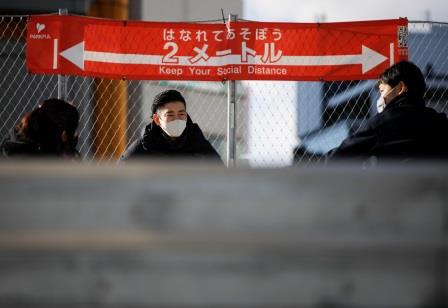 TOKYO (JAPAN) – In an effort to contain the latest COVID-19 outbreak, Osaka and its surrounding prefectures asked Japan to expand a state of emergency to the western cities. This comes as Tokyo’s new daily infections rose above 2,000 cases on Saturday.

The declaration of a wider state of emergency was being considered after a request from the cities’ governors, said Yasutoshi Nishimura, the country’s economy minister, as the situation in the western cities of Osaka, Kyoto and Hyogo was severe.

Japan declared a limited state of emergency in Tokyo and three prefectures neighbouring the capital on Thursday to curb a spike in coronavirus infections, resisting calls from some medics for wider curbs due to the economic damage they would cause.

Tokyo reported 2,268 new daily coronavirus cases on Saturday, according to the public broadcaster NHK, the third straight day above 2,000.