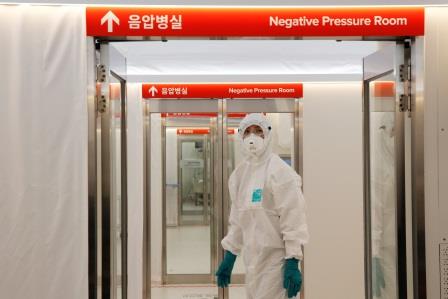 SEOUL (SOUTH KOREA) – After tougher restrictions were put in place, South Korea reported 641 new coronavirus cases on Friday. This is the lowest daily total in 32 days.

Authorities noted that there is a gradual decline of cases from 870 on Wednesday to 674 on Thursday.

“The spreading of infections has passed the peak and it looks like we’re seeing a gradual stabilisation,” Prime Minister Chung Sye-kyun told a news briefing. “But given the speed of infections spreading in the third wave, we can see it worsening at any time.”