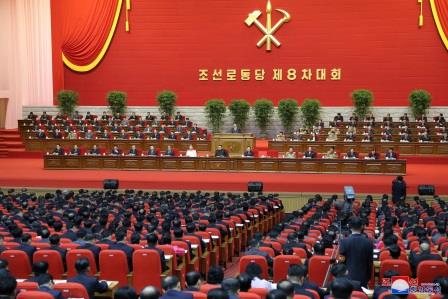 SEOUL (SOUTH KOREA) – With just days left for US President-Elect Joe Biden to take office, North Korean leader Kim Jong Un announced that United States is “our biggest enemy,” reported the state media. He was speaking at the rare party congress hosted by him in Pongyang.

Kim went on to add that Washington would continue to go forward with it’s hostile policies despite who takes the office. However, dropping those policies would be key to North Korea-U.S. relations, according to KCNA.

“Our foreign political activities should be focused and redirected on subduing the U.S., our biggest enemy and main obstacle to our innovated development,” Kim said during nine hours of remarks over several days at the party congress held in Pyongyang.

“No matter who is in power in the U.S., the true nature of the U.S. and its fundamental policies towards North Korea never change,” Kim said, vowing to expand ties with “anti-imperialist, independent forces.”

North Korea is gearing up to test and produce various new weapons, including a “multi-warhead rocket” and “supersonic gliding flight warheads for new type ballistic rockets,” while research on a nuclear submarine is nearly complete, he said.

The young leader stated that his country would not “misuse” its nuclear weapons, and announced that it is broadening its nuclear arsenal, including “preemptive” and “retaliatory” strike capabilities and warheads of different sizes.

Kim did not mince words when criticising South Korea and said Seoul should stop buying arms from and conducting military drills with the United States. He pulled up it’s southern neighbour for offering cooperation in “non-fundamental” areas such as coronavirus aid and tourism.

“The inauguration of the new U.S. administration can be a good opportunity to improve U.S.-North Korea relations, and we expect relations to swiftly resume,” the ministry said in a statement after Kim’s comments were released.

Besides U.S. and defence policy, Kim spoke at greater length on proposals for a five-year economic plan due to be announced at the congress, which he said would continue a focus on building an independent economy.

“The basic seeds and themes of the new five-year economic development plan are still self-reliance and self-sufficiency,” he said.