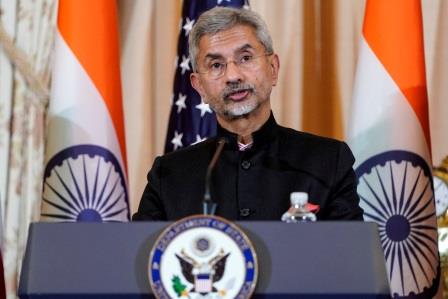 NEW DELHI (INDIA) – After the clash between India-China troops last year, which resulted in the loss of life after 45 years, India’s Foreign Minister Subrahmanyam Jaishankar said on Tuesday that the incident has deeply affected relations with China.

“After 45 years, you’ve actually had bloodshed on the border. And that’s had a huge impact on public opinion and politically. …really the impact of trust and confidence in India where China and their relationship is concerned. That has been profoundly disturbed,” Jaishankar said.

Troops remain locked in a stand off at the bitterly contested border in the western Himalayas, the most serious military crisis between the nuclear-armed neighbours for decades.

Jaishankar also spoke on the prospects of exporting COVID-19 vaccines and said that the government would have greater clarity on the export of COVID-19 vaccines from the country within the next few weeks. He added that India understood the anxieties of foreign governments with regard to getting the vaccines delivered to their populations.

“We will get clarity pretty soon on what our own consumption is going got be, (what) deployments are going to be. And we will keep our global role very much..” he said.

India is expected to be a key manufacturing centre for COVID-19 vaccines as it is one of the world’s biggest producers of vaccines and generic drugs.