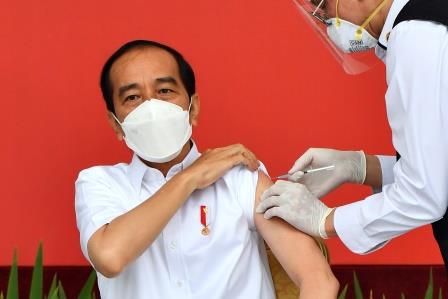 JAKARTA (INDONESIA) – One of the world’s biggest coronavirus inoculation drives got underway in Indonesia on Wednesday with President Joko Widodo getting the first shot of a Chinese vaccine. The country is battling one of the worst outbreaks in Asia.

The inoculation drive is aimed at covering 181.5 million people. The first to be vaccinated received the shot from China’s Sinovac Biotech, which was given authorisation by Indonesia for emergency use on Monday.

Clade in a crisp white shirt and sporting a face mask, the president received the shot at the presidential palace.

“Vaccination is important to break the chain of COVID-19 transmission and give protection to us and safety to every Indonesian and help accelerate economic recovery,” he said after being administered the vaccine.

Other top officials who got vaccinated showed their shot marks to waiting journalists.

According to Minister of Health Budi Gunadi Sadikin, as many as 1.5 million medical workers would receive the vaccine by February followed by public servants and the general population within the next 15 months.

Contrary to the practice in other nations, Indonesia prefers to inoculate its working population first, rather than the elderly as it does not have enough data from clinical trials regarding the efficacy of CoronaVac on older people.

On Tuesday, the country reported as many as 302 coronavirus fatalities, taking the fatalities to 24,645. Infections are at their peak, averaging more than 9,000 daily and the tally remains at 846,765.

According to the government, two-thirds of its 270 million population must be given the vaccines to achieve herd immunity, with the cost of the programme slated to be more than 74 trillion rupiah ($5.26 billion).

Olivia Herlinda, a researcher with the Center for Indonesia’s Strategic Development Initiatives, said authorities had not paid heed to the efficacy of the vaccine and virus reproduction rate to justify its herd immunity focus. According to epidemiologist Masdalina Pane, vaccines have to be accompanied by increased testing and tracing.

“There’s not one bullet,” she said. 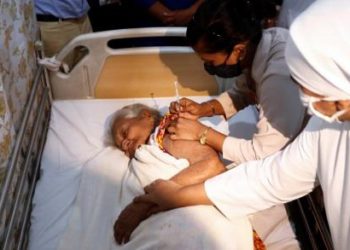