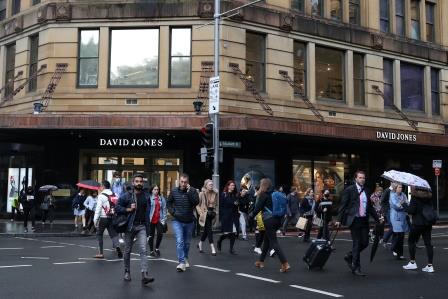 SYDNEY (AUSTRALIA) – Scientists in Australia have demanded a halt on the roll-out of the AstraZeneca coronavirus vaccine after raising questions on its efficacy in establishing herd immunity. This comes as the nation recorded a new coronavirus infection on Wednesday.

The opposition raised by the scientists has cast a pall of gloom over the nation’s vaccination plans with 53 million doses of the AstraZeneca vaccine already on hand.

“The question is really whether it is able to provide herd immunity. We are playing a long game here. We don’t know how long that will take,” said Professor Stephen Turner, the president of the Australian and New Zealand Society for Immunology (ASI).

He said the government must acquire more Moderna and Pfizer shots.

Experts such as Turner cite information showing the AstraZeneca vaccine had 62% efficacy compared with over 90% for the Pfizer-BioNtech shot.

The ASI said in a statement that Turner was speaking as an immunology expert and the body did not push for a halt to the roll-out.

Earlier, he told the Sydney Morning Herald the AstraZeneca vaccine is not one “I would be deploying widely because of that lower efficacy.”

Australia has 10 million doses of the Pfizer vaccine, though neither AstraZeneca nor Pfizer has the nod from the country’s Therapeutic Goods Administration (TGA).

“The great advantage of the AstraZeneca vaccine is it’s being made here in Australia,” Kelly said. “It will be available as soon as the TGA gives its tick, which we expect that it will in February.”