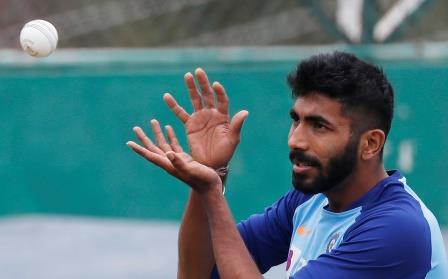 MELBOURNE (AUSTRALIA) – Ahead of the fourth test against Australia, India’s fast bowlers were rested from training on Wednesday. This came amid reports that pace spearhead Jasprit Bumrah will not be playing in the decider in Brisbane.

Citing sources, Indian media carried reports that Bumrah would not be selected for the match, which starts on Friday, after he suffered an abdominal strain during the draw at the Sydney Cricket Ground.

If he is omitted, it could be a huge blow for Ajinkya Rahane’s side. It has been confirmed that all-rounder Ravindra Jadeja will not be playing in the series finale following a thumb injury and batsman Hanuma Vihari is almost certain to be dropped because of a hamstring injury.

Spinner Ravichandran Ashwin was instrumental in helping India save the match in the final session in Sydney. But he is also struggling with a sore back.

The team spokesman did not speak about the team’s injuries or if Bumrah would be selected. But he did confirm that the paceman did not attend the training at the Gabba on Wednesday along with the other fast bowlers.

In the wake of seasoned players such as Mohammed Shami with a fractured arm, Ishant Sharma, who is nursing a side strain, and Umesh Yadav with a calf issue out of the series, Bumrah’s absence on the turf would mean the team has to call either one-test paceman Shardul Thakur or allow left-armer T Natarajan to have his test debut.