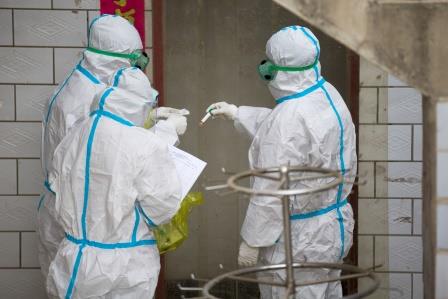 BEIJING (CHINA) – Despite having more cities under lockdown and testing measures to prevent another wave of the pandemic, China has marked the biggest daily spurt in the number of coronavirus cases in more than five months.

Most of the new infections were reported near Beijing. But a province in northeast China also witnessed a rise in new cases, said official data on Wednesday. The resurgence of the virus has seen more than 28 million people under home quarantine.

In its statement on Wednesday, the National Health Commission said as many as 115 new confirmed cases were recorded in mainland China compared with 55 a day earlier. It is the highest daily jump since July 30.

According to the commission, 107 of the new cases were local transmissions. Hebei province, which surrounds the capital, accounts for 90 cases while northeastern Heilongjiang province has16 new infections.

In Hebei, three cities – Shijiazhuang, Xingtai and Langfang – have been placed under lockdown in a bid to keep the virus from spreading further. Beijing authorities have enhanced screening and prevention steps to prevent another cluster from forming.

On Wednesday, a state of emergency was declared in Heilongjiang province. Suiha, the city bordering the provincial capital Harbin, has placed its 5.2 million population under lockdown.

City authorities of Tieli with a population of 300,000 people bordering Suihua said on Wednesday it will not allow any people or vehicles to leave for three days to stem the spread of the virus.