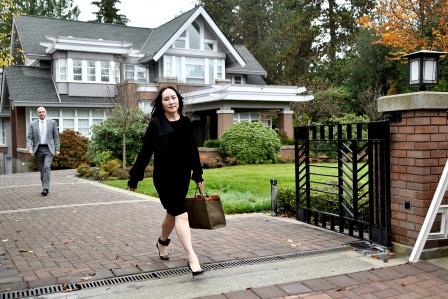 OTTAWA (CANADA) – Huawei Chief Financial Officer Meng Wanzhou’s lawyers said in court on Tuesday that she should be allowed to leave home without the security detail, one of the conditions of her bail when she was released after her arrest in December 2018.

Her husband, Liu Xiaozong, submitted an affidavit citing the negative impacts of the bail’s conditions on his wife and family.

The CFO of Huawei was held at the Vancouver International Airport two years ago by Canadian authorities. They were acting on a US arrest warrant as she faces charges in the US such as bank fraud for allegedly misguiding HSBC bank about her firm’s business dealings in Iran. This caused the bank to violate Washington’s sanctions.

Meng said she is innocent and is fighting against the extradition bid.

“Allowing her to leave without her being in a vehicle or followed by Lionsgate Management (the security company) is the essence of our application,” said defense lawyer Bill Smart.

Soon after Meng’s arrest, Beijing detained two Canadians and put them in prison for two years, permitting them to see diplomatic representatives only rarely and making them undergo interrogations.

She has been under house arrest from jail on a C$10 million ($7.9 million) bail. Meng is allowed to leave home between 6 am and 11 pm and pays for a round-the-clock security detail and has to sport a GPS tracking anklet.

Liu said curbs intended to limit the spread of the virus are made “even more challenging due to the added presence of Lionsgate personnel”, stating that he believed his wife was at increased risk of the pandemic because of undergoing various surgeries in the past.