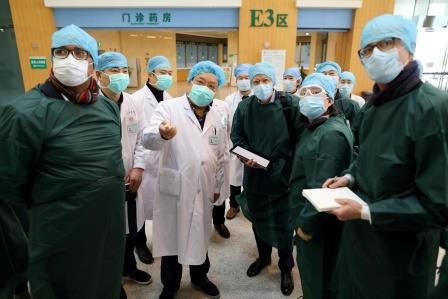 BEIJING (CHINA) – A Chinese official said that a team of experts from the World Health Organization (WHO) investigating the origin of the novel coronavirus is slated to arrive in the city of Wuhan from Singapore on Thursday.

WHO is looking forward to cooperating with China on the mission to identify the source of the virus and how it infected humans, said the organisation’s head Tedros Adhanom Ghebreyesus.

Earlier, he had said he was “very disappointed” when Chinese authorities denied entry to the experts earlier in the month, forcing two members to return. China said there was a “misunderstanding”.

“According to the current plan, they will fly from Singapore to Wuhan on January 14,” said foreign ministry spokesman Zhao Lijian in Beijing on Tuesday.

But he did not mention whether the team members will go into quarantine upon arrival.

The virus was first detected in Wuhan in late 2019 and has spread to all corners of the world, infecting more than 90,500,000 people and claiming 2 million lives.

Its origins remain unknown and China has been extremely sensitive regarding suspicions of a cover-up that delayed its initial response to the coronavirus and allowed it to spread.

Much ahead of the visit from the team, Beijing has been scrambling to shape the narrative about when and where the pandemic originated, said senior diplomat Wang Yi, adding “more and more studies” showed it emerged in multiple regions.