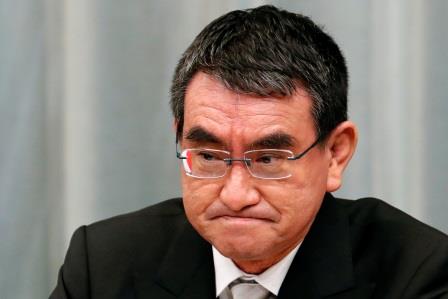 TOKYO (JAPAN) – Japan’s administrative and regulatory reform minister has stated that the Olympics may not go ahead this summer as planned as COVID cases on the rise. He added that the host needs to be ready for anything.

“We need to do the best we can to prepare for the Games at this moment, but it could go either way,” Minister Taro Kono said in an interview.

The games which were postponed last year has once again come under fresh doubts with a COVID resurgence, including record infection levels in Japan.

The government on Wednesday expanded its state of emergency well beyond the Tokyo region, and new coronavirus infections in the capital exceeded 1,500 on Thursday.

Nearly 77% of Japanese public is of the opinion that the games should be cancelled or postponed. But the Games – and the tourism dollars they bring – are a top priority for Prime Minister Yoshihide Suga.

Suga and others have said repeatedly the decision whether to go ahead rests with the International Olympic Committee and that their agreement to continue preparations stands.

“Anything is possible, but as the host of the Games we need to do whatever we can, so that when it’s a Go, we can have a good Olympic Games,” Kono said in some of the strongest comments yet from a government minister about uncertainty over the Games.

“The Olympic Committee must be thinking about Plan B, Plan C. But the situation is not easy.”

Even if the games commence as planned, on July 23, organisers may have to limit spectator numbers to guard against infections. Japan would also have to ease strict immigration controls that bar most foreigners from entering the country.

Tokyo 2020 Organising Committee President Yoshiro Mori this month said a decision should be made in February or March whether the COVID-19 risks have fallen enough to let spectators attend.