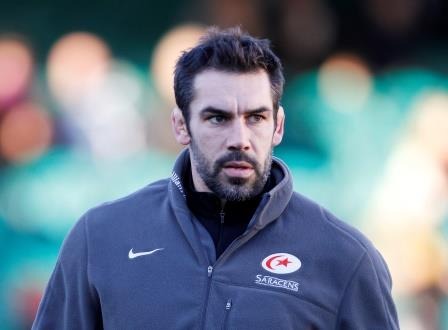 LONDON (UK) – The Premiership Rugby side said on Friday that Sale Sharks have appointed former skipper Alex Sanderson as their Director of Rugby. This comes after they struck a deal with Saracens to release him from his contract.
The 41-year-old started his career with Sale in 1998 and has played in 90 matches for the club and captained the side before shifting to Saracens.
But his career came to an end following a back injury and he shifted to coaching and played a key role in Saracen’s success as their Forwards/Defence coach.
“I’m joining a club I know all about from my time here, but things have moved on massively since those days and the opportunity to come back home and achieve something special was just too good to turn down,” Sanderson said.
“After speaking to the owners and others at the club, it was obvious that there’s a huge amount of ambition and a real growth mindset here and that’s something that really stood out for me.
“Moving on from Saracens was a decision I had to think long and hard about, but I just felt the time was right to start a new chapter.”

Magicians celebrate 100 years of 'sawing people in half ' illusion