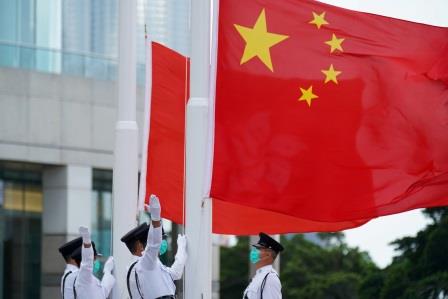 HONG KONG – Civil servants in Hong Kong were told on Friday they had four weeks to sign a document pledging their loyalty and dedication to the government.

Since Beijing imposed a sweeping national security law in June, more than 4,000 civil servants in the global financial hub have already made the declaration.

Civil servants taking the oath will promise to uphold Hong Kong’s Basic Law and “bear allegiance” to the city and its government, as well as to be dedicated in their duties. The Civil Service Bureau said in a statement that all civil servants should in “no uncertain terms acknowledge and accept these basic duties”.

Those who refuse to sign the pledge could lose their jobs.

“Negligence or refusal to take the oath or to duly sign and return the declaration by a civil servant casts serious doubts on his or her willingness to take up these basic duties and his or her suitability to remain in the civil service,” the statement said.

In a circular to civil servants, officials said it was not feasible to list “exhaustively” all types of improper conduct as they may come in many different forms.

However, it said advocating or supporting “Hong Kong independence”, refusing to recognise China’s sovereignty over the city, soliciting intervention by foreign or external forces into the city’s affairs, or carrying out activities that endanger national security were not allowed.

In the past, authorities have disqualified opposition candidates in elections, as well as pro-democracy lawmakers, on grounds that similar oaths of allegiance were “dishonest”.

According to the circular any act that “aims to undermine the government in the governance and administration of Hong Kong” would also be seen as violation of the declaration.

The government said simply expressing views in public to oppose a certain policy or decision of the government would not be seen as improper conduct.

While western governments and rights groups are concerned that the security law is being used to crush dissent, authorities in Hong Kong and Beijing say the law is necessary to bring stability to the semi-autonomous former British colony after a year of anti-government demonstrations.