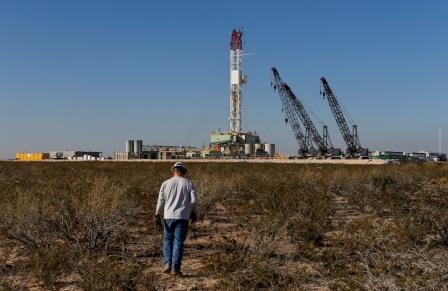 LONDON (UK) – Oil prices were mixed on Monday as Chinese economy had a quarterly rebound and countered fears over rising COVID-19 cases around the world leading to restrictions that could dent economic growth and fuel consumption.

Though China’s economy picked up in the fourth quarter, it was in stark contrast to the US and Europe, where the spread of virus has raised doubts over the state of economies and how soon it would recover.

“Corona-induced economic fears, a stronger U.S. dollar and more pessimistic investor sentiment are all playing their part in the fact that Brent is trading … around $3 lower than last Wednesday,” said Commerzbank analyst Eugen Weinberg.

“In addition to the coronavirus running amok, this week’s tense presidential inauguration can also cause unease amongst investors,” he said.

Last week more number of oil and natural gas rigs to work put to work for an eighth consecutive week, encouraged by recent price strength that made production more profitable.

US drillers have indicated they will continue to keep their spending under control, ANZ Research said in a note.

“The economics also don’t favour a surge in drilling, with half of the industry still uneconomical,” they said.

Oil prices also found support in a drop in Libyan oil output, with Waha Oil Company reducing production by up to 200,000 barrels per day because of maintenance on the main pipeline that links the Al-Samah and Al-Dhahra oilfields to Es Sider port.