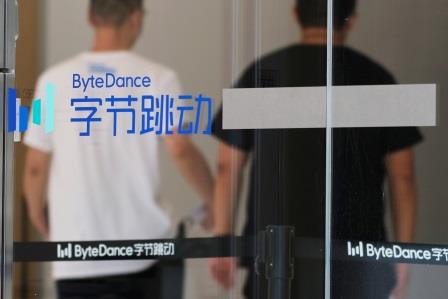 FILE PHOTO: People walk past a logo of Bytedance, the China-based company which owns the short video app TikTok, or Douyin, at its office in Beijing, China July 7, 2020. REUTERS/Thomas Suen

“The set-up of Douyin Pay is to supplement the existing major payment options, and to ultimately enhance user experience on Douyin,” Douyin said in a statement on Tuesday.

China’s third-party payment sector is dominated by Alipay and WeChat Pay, with the former taking 55.39% of the total market in the second quarter of last year, according to market researcher Analysys. Other players include JD.com’s JD Pay, Baidu Wallet and Meituan Pay.