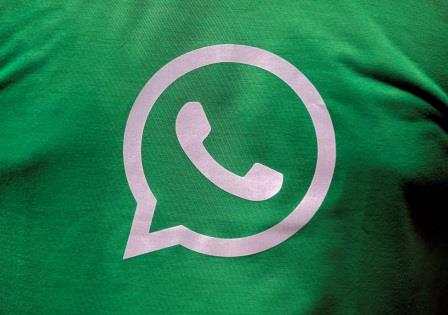 FILE PHOTO: A logo of WhatsApp is pictured on a T-shirt worn by a WhatsApp-Reliance Jio representative during a drive by the two companies to educate users, on the outskirts of Kolkata, India, October 9, 2018. REUTERS/Rupak De Chowdhuri

NEW DELHI (INDIA) – Facebook’s Whatsapp has been asked to withdraw changes to its privacy policy by India’s technology ministry. According to the ministry, the changes which were announced this month takes away choice from Indian users.

The demand by the ministry has invited new troubles for WhatsApp and its parent company Facebook, which had plans for expansion into payment and other businesses in India. With 400 million users in India, WhatsApp has plans to explore India’s growing digital payments space, including selling health insurance via partners.

“The proposed changes raise grave concerns regarding the implications for the choice and autonomy of Indian citizens,” the Ministry of Electronics and Information Technology wrote in an email to WhatsApp boss Will Cathcart on Jan. 18. “Therefore, you are called upon to withdraw the proposed changes,” the ministry wrote in the letter.

California-based Facebook invested $5.7 billion last year in the digital unit of Indian conglomerate Reliance with a huge part of that aimed at drawing in tens of millions of traditional shop owners to use digital payments via WhatsApp.

It is of “great concern” that Indian users have not been given the choice to opt out of this data sharing with Facebook companies and are being given less choice compared to the app’s European users, the tech ministry letter said.

“This differential and discriminatory treatment of Indian and European users is attracting serious criticism and betrays a lack of respect for the rights and interest of Indian citizens who form a substantial portion of WhatsApp’s user base,” it said.

WhatsApp has been asked to respond to 14 questions including on the categories of user data it collected, whether it profiled customers based on usage and cross-border data flows. The update to the privacy policy has also resulted in two legal petitions in Indian courts.

After after facing criticism from users in India, the firm informed that it would delay the new policy launch to May from February. Moreover in order to calm worried users WhatsApp has launched a media advertising campaign.