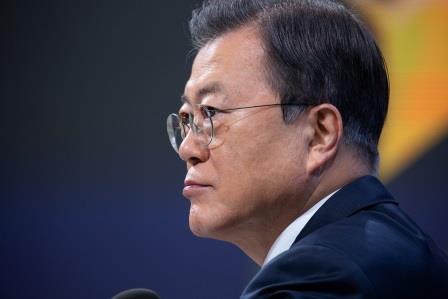 SEOUL (SOUTH KOREA) – In addition to the 106 million doses of vaccines that the South Korean government has secured so far, President Moon Jae-in said that the country may secure additional coronavirus vaccines for 20 million people from Novavax Inc.

US drugmaker Novavax entered into a development and supply deal for its vaccine with South Korea’s SK bioscience Co last year, according to a statement in August.

Moon visited SK bioscience’s work site on Wednesday and said that the agreement between Novavax and SK bioscience “raised the possibility of securing vaccines for an additional 20 million people.”