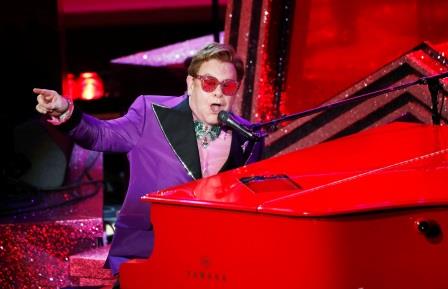 LONDON (UK) – More than 100 British musicians have come out and said tours of Europe by British artists are in danger because of Brexit.

One of the consequences of Brexit, which fully took effect on Dec. 31, is that British and EU citizens can no longer freely travel, work and live in each other’s territories.

In a letter to a newspaper published on Wednesday, the musicians like Ed Sheeran, Sting and Pink Floyd’s Roger Waters to classical stars like conductor Simon Rattle, said the government had “shamefully” broken a promise to negotiate a deal that allows musicians to perform in the European Union without visas or work permits.

They called for a reciprocal deal allowing paperwork-free travel for both British and European touring artists.

“The deal done with the EU has a gaping hole where the promised free movement for musicians should be: everyone on a European music tour will now need costly work permits and a mountain of paperwork for their equipment,” they wrote.

The letter’s signatories ranged from The Sex Pistols and Iron Maiden to Joss Stone, Radiohead, Bob Geldof and Queen’s Brian May and Roger Taylor.

Roger Daltrey, lead singer of The Who and an outspoken Brexiteer who previously dismissed concerns about tours after Brexit, was also on the list.

On the classical side, cellist Sheku Kanneh-Mason, who performed at the wedding of Prince Harry and Meghan Markle, was joined by violinist Nicola Benedetti and composer Judith Weir, holder of post of Master of the Queen’s Music.

“The extra costs will make many tours unviable, especially for young emerging musicians who are already struggling to keep their heads above water owing to the COVID ban on live music,” the musicians wrote.

Under the deal agreed by London and Brussels in December, British musicians will be able to tour in EU countries without a visa for up to 90 days in any 180-day period, however, will need work permits to perform in some countries like Germany and Spain.

New rules on road haulage mean British trucks have to return to Britain after two laden journeys in the EU, making the standard touring model for British bands and ensembles impossible, according to the Association of British Orchestras.

The British and European executives pointed finger at each other for the situation, each saying their proposals during the Brexit talks had been rejected by the other side.

“If the EU reconsiders its stance our door remains open,” the culture ministry in London said.