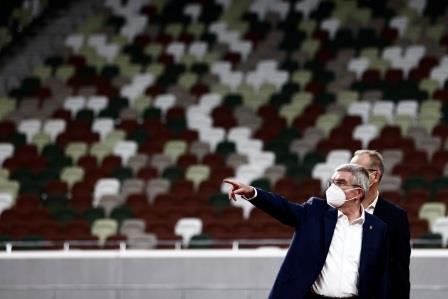 TOKYO (JAPAN) – International Olympic Committee President Thomas Bach reiterated his commitment to holding the event this year and said “There is no Plan B” for the Tokyo Games.

Despite the drop in public support and a surge in COVID cases across the world, organisers are adamant the Games will go ahead. “We have at this moment, no reason whatsoever to believe that the Olympic Games in Tokyo will not open on the 23rd of July in the Olympic stadium in Tokyo,” Bach told.

“This is why there is no Plan B and this is why we are fully committed to make these Games safe and successful,” he added.

Despite the rapidly escalating costs and reducing public support, Tokyo organisers have repeatedly ruled out postponing the Games again. The Olympic games are slated to commence from July 23, 2021.